The direct mail donor programs of the national Republican Party proves that the stereotype of “fat cat Republicans” is far from true. After the first campaign finance reform bill passed in 1974, the Republican Party left the Democrat Party in the dust in recruiting the support of millions of grassroots voters across the country – donors of $25 and $50 who give because they believe in the Republican Party’s principles.

Warfield & Walsh has helped the Republican National Committee (RNC) tap into this important market. We were responsible for most of the RNC's leading acquisition packages of the record-breaking 2000 election cycle, and have continued to provide outstanding creative input, production and program analysis through periods of GOP domination as well as economic and political downturns.

One success story is the Platinum Card program designed and produced by Warfield & Walsh, which consistently performed above expectations. A cost-effective package that can be tailored to high-dollar donors as well as grassroots supporters, the Platinum Card was written and designed to adapt easily to changing political circumstances. 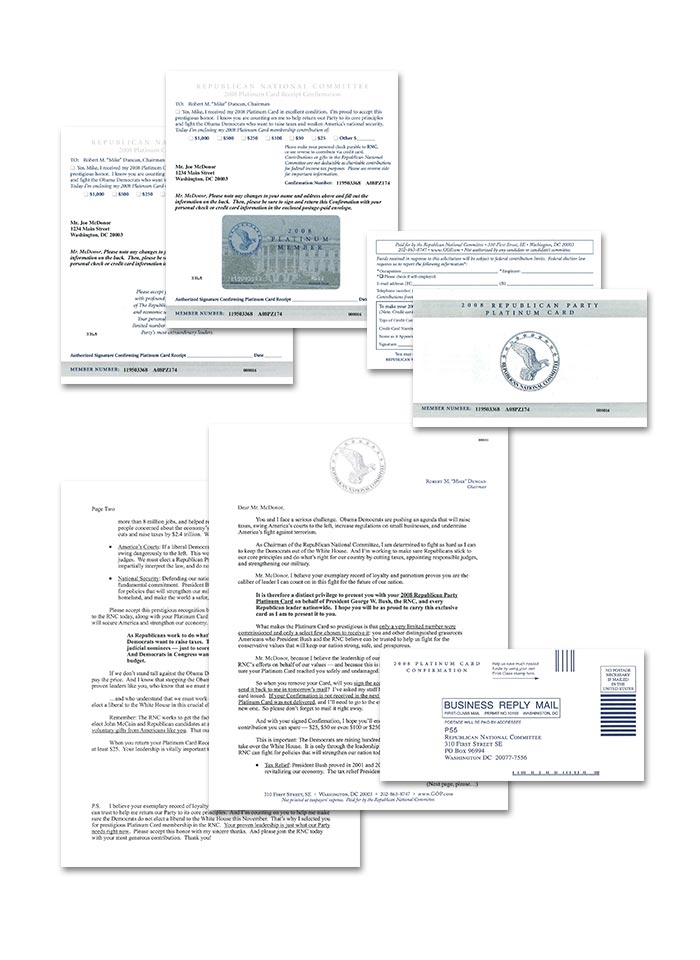