In the 1998 election cycle, political events and ill-planned acquisition strategies conspired to hamstring the National Republican Senatorial Committee’s direct marketing program, leaving the NRSC in debt and with no new donors from the previous 12 months at the start of the 2000 cycle. Warfield & Walsh assumed control of the program on an exclusive basis, designing and executing a comprehensive strategy that helped retire the 1998 debt in record time while also reviving the acquisition program with carefully targeted packages that resulted in more than 150,000 new donors for the cycle at a record low “cost to acquire.”

The NRSC has continued to trust Warfield & Walsh and we have gotten results, producing a cost-effective control package that helped bring in over 108,000 new donors. 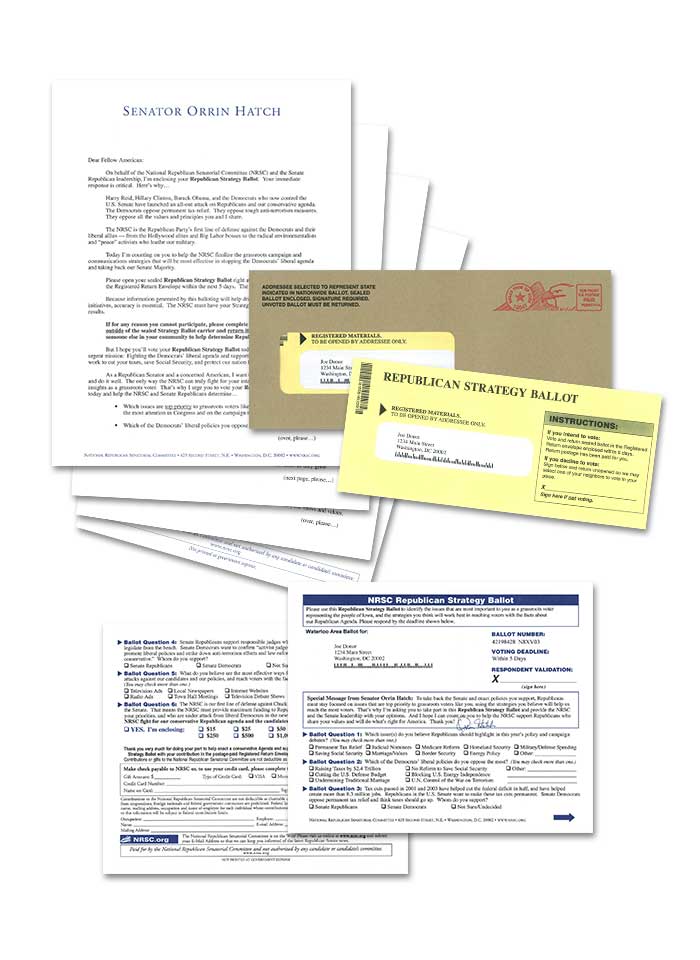