Founded in 1962, the Conservative Party of New York State (CPNY) is the ONLY political party in this bluest of the blue states that consistently and fearlessly advocates conservative values. In this fight for what’s right, Warfield & Walsh has stood with CPNY since 1996 as the Party’s exclusive direct mail consultant.

Warfield & Walsh works closely with CPNY to pinpoint the most pressing and energizing issues in New York’s unique political climate. Based on that information, we create packages carefully targeted to the issues and events that will most resonate with grassroots New Yorkers who oppose the state’s liberal establishment.

Warfield & Walsh also works with CPNY on a variety of newsletters and other publications throughout the year, and we help to promote the high-profile dinners and meetings CPNY hosts each year. 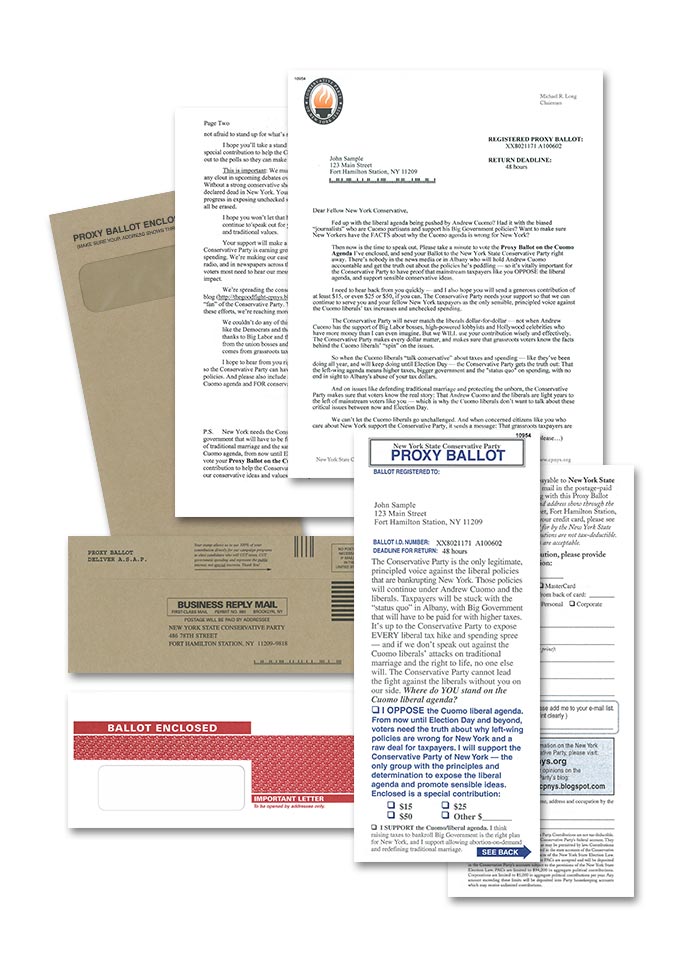