From his early work as the Senate Watergate Committee’s chief minority counsel to his later service as a U.S. Senator — combined with an almost accidental yet wildly successful acting career — Fred Thompson set himself apart as a thoughtful yet bold leader, and as an intriguing, entertaining personality.

Unsatisfied with the GOP presidential contenders in 2007, Sen. Thompson decided to jump into the race, even with the disadvantage of a late start. His campaign’s fundraising committee, Friends of Fred Thompson, selected Warfield & Walsh to quickly develop and execute an aggressive fundraising program for Sen. Thompson’s bid for the White House.

Even with Sen. Thompson’s late entry into the presidential race — and with no direct mail infrastructure in place — Warfield & Walsh quickly built a sizable and successful program with an overall gift average of $55 and a return on cost of 173% for both prospecting and active donor mailings.

In just three months, the prospecting program brought in almost 50,000 new donors, leading to a highly successful housefile program with a return on cost of 429% and an average gift of $62.44, providing significant net income in a short period of time. 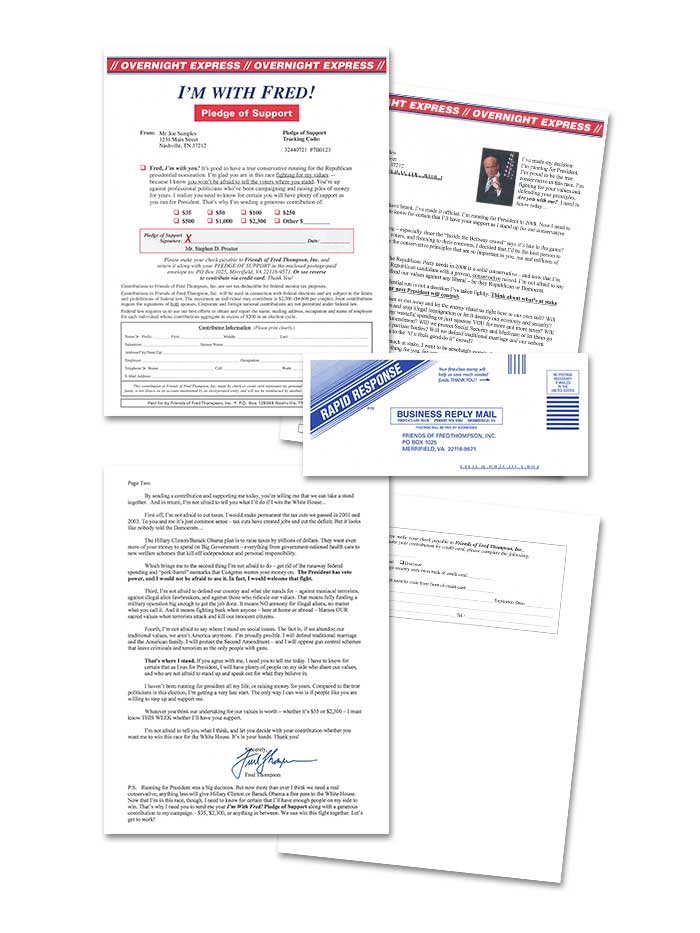